JOIN OUR MEMBERS ONLY WHATSAPP GROUP

To join this group simply click on the number below to send a request text.

In the text please include your name, state that you are a member and that you wish to join our Members WhatsApp Group. 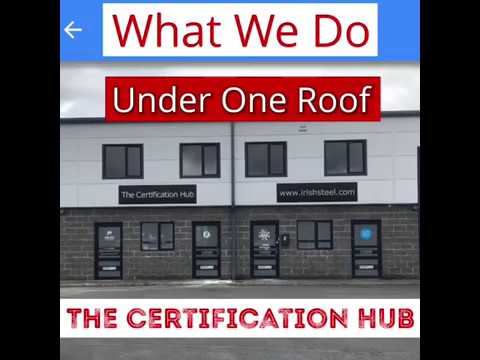 The Irish Association Of Steel Fabricators (IASF) is a Members Organisation who work from The Certification Hub in Portlaoise. We are here to promote the steel industry in Ireland by providing guidance and assistance with all aspects of the industry. We promote Quality and Safety standards within the organisation and to become a Members you must be certified or are in the process of implementing standards like EN-1090, ISO 9001. ISO 45001, ISO14001 and ISO 3834. We at the Association want to help some people out. Some that are less fortunate than most of us. We are offering free training for individuals who have it hard, either financially or life issues in general. Someone that wants to get on at work and can’t afford it or need a slight push in the right direction. Many of us have issues and the ability but need a door to open.

To be entitled and avail of this opportunity, you will have experience in metal Fabrication, we ask you in the STRICTEST of confidence to apply by emailing us your story, why you should be picked and how it will benefit you. You can also nominate someone by completing the same criteria. All training/courses will run in the first 6 months of 2021.

Please Email your story to: pat@irishsteel.ie

Keep the bright side out We welcome both Strumis & Angle Ring as new UK Members.
If you need information on curving it or simplifying it, these are the guys.

Keep eye on welding wire / rods.
Shipments are held up and stocks may be running low with some.
Coils could be increasing by €2.50 – €3. Amen London: Friday 15th January 12:45
The Irish Association of Steel fabricators have been fighting this here for months and it is looking good for our Members with the result in the UK.
Thousands of UK businesses should be covered by their insurance for losses caused by coronavirus lockdowns, the UK Supreme Court ruled today.
The test case has pitched the industry regulator against major insurance companies.
Small businesses, from restaurants to nightclubs and wedding planners, have said they faced ruin after attempts to claim compensation for business losses during the pandemic were rejected by insurers.
Six of the world’s largest commercial insurers – Hiscox, RSA, QBE, Argenta, Arch and MS Amlin – said many business interruption policies did not cover widespread disruption after Britain’s first national lockdown last March.
But senior judges said many payouts should be triggered after scrutinising non-damage insurance policy clauses – which cover disease, denial of access to business premises and hybrid clauses – in a victory for policyholders and the regulator.
The Financial Conduct Authority (FCA) said it would be working with insurers to ensure they quickly settled claims they were now required to pay and to make interim payments if possible.
The FCA took insurers to court last June in a case expected to have ramifications for 370,000 policyholders, 60 insurers and billions of pounds in claims because many policies have similar wordings.The case has been watched closely as similar battles brew in other countries, including Ireland.
Earlier this week, the High Court here deferred delivering its judgment in four test cases brought by pub owners over FBD’s refusal to pay out on business disruption over Covid-19.
The delay was to allow lawyers to make further legal submissions rising out of today’s UK ruling.

The six insurers, the FCA and a group of policyholder claimants, the Hiscox Action Group, had challenged elements of a High Court ruling handed down last September that they had lost.
“The judgment should be a massive boost to all businesses reeling from a third lockdown who can now demand their claims are paid,” said Richard Leedham, a partner at law firm Mishcon de Reya who represents the Hiscox Action Group.
“The hope and expectation of our clients is that the claim adjustment process starts immediately and that insurers will not continue to cause further distress by further unnecessary delay,” he added.

We await the High Court decision here in Ireland

The Irish Steel WhatsApp group is open to Irish Steel members only. To become a member simply apply for a membership

ALREADY A MEMBER OF IRISH STEEL?

Click on the number below to send a request text. In the text please include your name, state that you are a member and you wish to join our WhatsApp Group: